Home  /   About Brain Injury  /   Other forms of acquired brain injury

Other forms of acquired brain injury 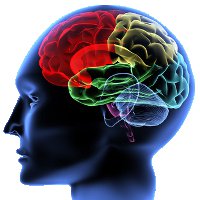 Most of the information on this site is written about traumatic brain injury (TBI), but there are many different causes of brain injury. Headway supports people with all forms of acquired brain injury (ABI).

Where the wall of an artery or blood vessel is weakened, it may swell in a blister-like shape and form what is known as an aneurysm. As aneurysms grow, symptoms can occur as they put pressure on the surrounding tissue. Sometimes, however, no symptoms will occur. An aneurysm can rupture at any time, causing serious bleeding into the surrounding tissue and damaging the brain. This is called a haemorrhage.

Treatment for aneurysm is difficult due to problems accessing parts of the brain, but generally involves surgical clipping, where a section of skull is removed and a clip placed over the neck of the aneurysm to stop blood flowing into it, or coiling, where a series of platinum coils are threaded from the patient’s lower body up into the brain aneurysm, filling it with the platinum and stopping blood flow.

Not all treatments are suitable in all cases, and the medical team will be able to advise on this.

What is a brain haemorrhage?

A brain haemorrhage is bleeding in or around the brain, which may be caused by a traumatic brain injury (TBI). It may also happen spontaneously as a result of a ruptured aneurysm, which is a form of stroke, also known as a haemorrhagic stroke.

Types and causes of brain haemorrhage

Sometimes a brain haemorrhage can occur after a seemingly minor head injury. Symptoms can develop rapidly or can take a number of weeks to develop, and urgent investigation and treatment is required.

The long-term effects of a brain haemorrhage depend on the type and location, but as with all brain injuries, every person’s recovery is individual.

Get support from Headway

Most Headway groups and branches can offer support to people who have had a brain haemorrhage, their family and carers.

A brain tumour is an abnormal mass of tissue inside the skull, which is caused by cells dividing at an increased speed. There are two types of brain tumour: malignant and benign.

Malignant, or cancerous, tumours often invade surrounding tissue and can spread to other parts of the body through the blood stream or lymphatic system. They can also erode ‘healthy’ tissue, as the cells that make up a malignant tumour share very little in common with the healthy cells that surround them.

Because malignant tumours often grow and spread rapidly, early diagnosis can increase the chances of survival. If caught early, they will have had less chance to destroy healthy brain tissue, and are less likely to have spread to other parts of the body. Sometimes, brain tumours are the result of other malignant tumours in other parts of the body that have spread to the brain – these are known as ‘metastases’, or ‘secondary tumours’. These are always malignant.

Benign, or non-cancerous, tumours tend to grow more slowly and do not spread, although people can have more than one benign tumour. A benign brain tumour can put pressure on the brain as it grows inside the enclosed space of the skull, and this may compress and damage healthy tissue.

Modern imaging techniques, such as MRI and CT scans, have made it possible for doctors to accurately judge the size and location of a tumour, making surgery possible where the growth is accessible, and allowing them to estimate how treatable it is. Surgery to remove all or part of a brain tumour is called a craniotomy, where the skull is opened. Where the entire tumour cannot be removed, radiotherapy or anti-cancer drugs may be tried to slow, limit or stop its spread.

The effects of a brain tumour are dependent on the size and location of the tumour and how much it has spread.

You can read more about the symptoms of brain damage due to tumour on the ‘Effects of brain injury’ page, using the link on the right. Most Headway groups and branches can offer support to people with brain tumour, their family and carers.

Encephalitis is an inflammation of the brain, most often caused by infections.

In the UK, the cause in over 50% of cases is unknown, despite extensive testing. Where the cause is identified, it is most likely to be the Herpes-Simplex virus, but there are a number of other viruses or bacteria that can cause encephalitis.

Diagnosis and treatment of Encephalitis

Encephalitis resulting from Herpes-Simplex virus can be treated quite effectively with an anti-viral drug, but early diagnosis is important to reduce the long-term damage. At present, there are few effective treatments for encephalitis causes by different viruses, and care mainly focuses on support and symptom management.

In many cases, people will make a good recovery from encephalitis, but nerve cells in the brain may be damaged. This can lead to long-term effects, which are sometimes severe.

Hydrocephalus is caused by a build-up of fluid inside the skull, which can increase pressure and cause damage to the brain.

The brain and spine are surrounded by cerebrospinal fluid (CSF), which is essential for cushioning the brain, providing nutrients and removing waste products.

CSF is mainly produced in the choroid plexus and flows around the sub-arachnoid space surrounding the brain and spinal cord. It then passes through a series of chambers in the brain called ventricles and connecting channels called foramina.

We produce about a pint (500ml) of CSF per day but the brain can contain only about 120-150ml. For this reason excess CSF is drained into the bloodstream through a series of valves called the arachnoid villi. The CSF is recycled about three times a day.

Hydrocephalus can occur if the flow of CSF is blocked, if the body produces too much CSF, or if there is a problem with the arachnoid villi which stops CSF being absorbed into the blood. This can cause the ventricles and sub-arachnoid space to swell as the fluid pressure increases, which may lead to permanent brain injury if prompt treatment is not received.

There are five main types of hydrocephalus:

The different types of hydrocephalus can be congenital, acquired or idiopathic.

Acquired and idiopathic forms of hydrocephalus can occur at any time in life and typical symptoms include:


The symptoms of normal pressure hydrocephalus may appear slowly over months or years. These include:

There are a number of different treatments and diagnostic tests for hydrocephalus. MRI or CT scans can show signs CSF build-up, such as enlarged ventricles. Brain scans can also help doctors determine the cause of hydrocephalus, and rule out other possible reasons for the symptoms.

Other commonly used diagnostic tests include eye tests to check vision and look for swelling behind the eyes. Lumbar punctures are also performed to examine the CSF and check pressure levels.

Initial treatment for hydrocephalus focuses on reducing pressure on the brain, and restoring the normal flow of cerebrospinal fluid.

A shunt is usually used to drain excess CSF from the brain. A shunt is a small tube that is implanted in the brain and runs to another part of the body, usually the abdomen, where the CSF can be absorbed into the blood stream.

There are a number of other treatments that doctors may explore.

If hydrocephalus causes damage to the brain, the symptoms may be similar to other types of acquired brain injury. Rehabilitation may be beneficial to help regain independence and maximise recovery.

The brain needs a continuous supply of oxygen to survive and it uses 20% of the body’s oxygen intake. Oxygen is needed for the brain to make use of glucose, its major energy source. If the oxygen supply is interrupted, the functioning of the brain is disturbed immediately and irreversible damage can quickly follow. Consciousness will be lost within 15 seconds and damage to the brain begins to occur after about four minutes without oxygen.

A complete interruption of the supply of oxygen to the brain is referred to as cerebral anoxia. If there is still a partial supply of oxygen, but at a level which is inadequate to maintain normal brain function, this is known as cerebral hypoxia. In practice, these two terms tend to be used interchangeably.

For the purposes of consistency, this section of the website will use the terms anoxic brain injury or cerebral anoxia, unless hypoxic injury is specifically meant.

There are many potential causes of cerebral anoxia, including:

Stroke is the third most common cause of death in the UK. A stroke happens when the supply of blood to an area of brain tissue is interrupted, for example, by a blood clot or a bleed. When starved of oxygen, the affected brain cells start to die and a brain injury occurs.

Sometimes people experience minor strokes called ‘Transient Ischaemic Attacks‘ (TIAs) and they experience symptoms that go away after a short time. These often happen before a major stroke, so it’s important to speak to a doctor if you think you may have had a TIA.

The symptoms of a stroke depend on where it occurs and how much of the brain was affected. They often affect movement and sensation, but can cause a range of other symptoms.

As with traumatic brain injury, prevention is the best treatment. Prevention focuses on attention to lifestyle and treatment of other conditions, such as blood-clotting disorders and irregular heartbeats. Once a stroke has occurred, a rehabilitation team can try to help regain lost skills and allow the brain to repair and retrain itself as much as possible, but long-term effects are common.

Most Headway groups and branches can offer support to people who have had a stroke, their family and carers.

Headway Guernsey supports islanders and their families who are living with a brain injury. We provide a wide range of services that bring people together in a supportive and positive environment. All funds raised stay in the Bailiwick and help local people.